Blog
Take an original approach to doing your homework with these exceptional homework tips and professional guides. Your road to success has never been that easy!

What To Expect The First Year Of College 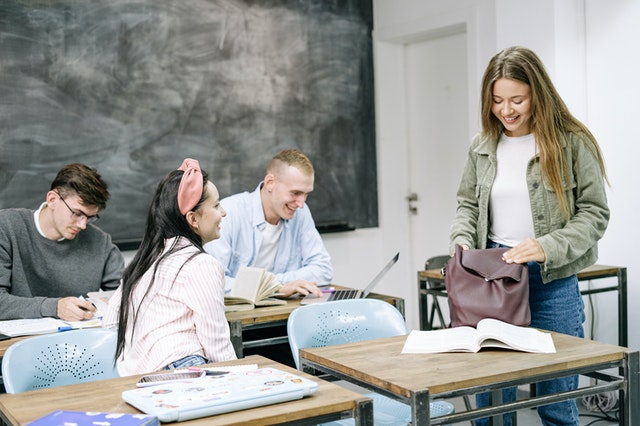 You’ve just been accepted into college, and you’re excited, and with good reason too! Congratulations! When the initial excitement about being accepted begins to wane, there’s that nagging thought of apprehension and expectation that remains. Your most prominent thoughts begin to revolve around what to expect in the first year of college.

If that’s where your mind is at now, then this is for you.

What To Expect Your First Year Of College

One of the first things many students are ill-prepared for as they enter college is the amount of independence they’ll have. Now more than ever, you’re basically the boss of yourself in college as it stands, and it could go either way.

Superficially, it could mean partying all through the weekend and having a good time with friends, and that’s where many students miss it. Understanding that independence means being responsible is key to mastering this college thing.

You’re your own boss, but you’re still accountable.

2. Orientation Week Is Not Your Life As A Student

The first week of college, new students are welcomed into college, and an Orientation event is held in their honor. During this time, the authorities will go the extra mile to make you feel welcome, as well as prepare you as much as they can for what’s coming.

However, as soon as it ends, that’s it. You’re basically on your own from that point. It’s then up to you to make use of whatever resources you’ve been given during your first year in college.

3. The Stress Of Building Momentum In Unfamiliar Territory

In college, you’re going to make new friends, form new habits, create and maintain new schedules, etc. In the beginning, it might seem like too much work, but if you keep at it, you’ll reap the rewards.

As many first-year students don’t know what to expect in the first year of college, they tend to overthink and overdo at the beginning stages. The key is to work smart to build enough foundation to gather enough momentum for the coming years.

Create time-bound schedules to help you study and explore your new environment. You’re allowed to loosen up a bit. Try to familiarize yourself with different things and places around you before you need them, especially classrooms, routes, restrooms, etc.

4. You’ll Feel Homesick Quite A Lot

Being away from home for a long time is bound to create feelings of homesickness, which is perfectly normal even for college students.

Try to ground yourself in the present and accept that you’ll be on your own a good amount of your first year in college. Attend school gatherings and events. Participate in Orientation activities. Be actively involved in school projects and group assignments. Call home and soothe your homesick soul, and bounce back.

You just need to:

How To Ease Your First Year Of College

Being thrust into a new system can be frustrating. As a new college student, it’s easy to get swept along with the tides of emotions and activities and get a possible breakdown. However, there are some things you can do to help you ease things up for yourself if you now have an idea of what to expect in your first year of college. They are:

Have it in mind that college is a community of different people, and every new student is trying to find their balance the same way you are. When you start making friends early, you’re automatically several steps ahead in the college game.

Ideally, it is advisable that you create a group of friends with whom you share the same goals and possibly the same course of study. This will help form a social structure on which you can rely when school becomes a problem of some sort.

Where possible, letting in a senior colleague as a friend can help ease you into life in college. Since they’ve been through it before, they can help prepare you for what to expect your first year of college.

When going to college, you’ll need materials to keep you on top of your game. In addition to the basic things you’ll be packing, you’ll need books, a phone and a laptop for classes, assignments, and research, and an emergency fund.

This may not seem as important as planning your schedule or memorizing your timetable, but it is. Taking time to know who your professors are will help you familiarize yourself with their methods. This in turn translates into putting in the effort to enjoy classes.

You don’t have to know them on a personal level, just know enough to pick up cues on what they would expect from students early on.

This is an extremely valuable point that would help you create a good rapport with them and answer questions according to their preferences.

One temptation students often yield to is putting off studying for later. As classes start, develop a schedule that includes studying because it’s never too early to start. What’s more, the more you study, the more familiar the concepts become to you as time goes by.

Studying early in the semester will give you enough time to cover your coursework extensively when compared to studying right before exams.

5. Make Time To Relax And Unwind

College life can be stressful, no doubt. Taking out time to just relax will help ease things up by a lot. Call home. Hang out with friends but don’t overdo it. Have days when you can just have put your feet up and rest. You’ll need days like those, so include them in your plans.

How To Find Enough Study Motivation

What Happens If You Fail a Class in...

Does Music Help You Study?

Hit it big with an ace paper

Get a QuoteView Sample
Make Your Homework Go Away
Get it done like your teacher wants it, and grab a top grade.
Order Now View Sample
Let's stand with the heroes