How To Get Better At Math 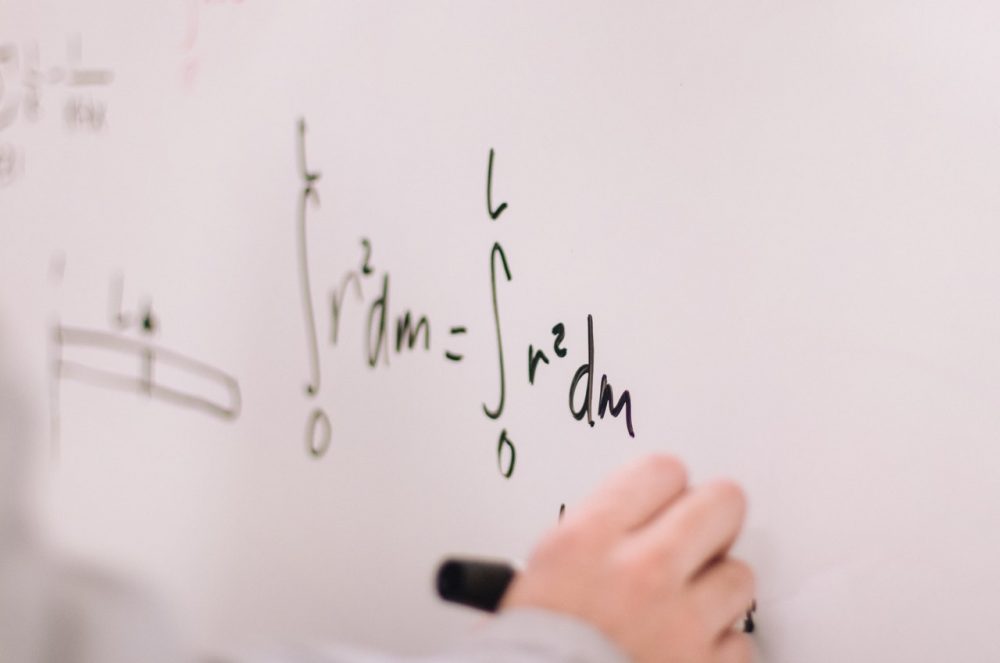 Math is a very important subject matter which has a great impact on daily life. It is a subject that everyone is exposed to from elementary age and one to which everyone is obsessed with thoughts like “how good am I with math” or “how do I get better at math”. This subject matter has a whole host of applications from medicine to economics, science, and finance. For this reason, in this article, you will be introduced to the broad scope of math, its importance, and how you can get better at it today.

Math is simply a form of science that is focused on the logic of quantity, arrangement, and shapes. Math is in everything we do, it is all around us is a subject people make an emphasis to get better at. Math represents the building block of most human activities and is evident in things around us from mobile phones, to bridges, roads, and airplanes. The need for math is a function of the complexity of human activities due to the fact that math helps humans access and manage the constant complexities that come with daily life. Humans all through history have used math to count, hunt and access the position of the sun and other celestial bodies.

What Are the Branches of Math?

Math has four core branches, and one knowledge of these branches is a good determinate of how one can get better at math today. These branches include Algebra, Number Theory, Arithmetic, and Geometry.  Aside from these key branches of math, which happen to be the oldest branches of math, there are different specializations like statistics and probability, Topology, Matrix Algebra, Operations Research,  Game Theory amongst others. Below is an elaboration on these core areas of math;

Algebra is a branch of math that uses symbols or letters as a representation of numbers which are problems in a mathematical operation. When one is thinking about how to get better at math, algebra is usually a place to start. Algebra involves variables which may be a,b, or c with math operations such as addition, multiplication, subtraction, and division to form a useful expression of mathematics. Most of all branches of math such as calculus, trigonometry, geometry, involve the use of algebra. One simple example of algebra is 5x +4 =14.

Arithmetic is a key branch of math that studies numbers as well as basic operations of math such as addition, subtraction, multiplication, division, exponentiation, and extraction of roots. It is a key element of number theory and is widely considered as one of the top-level branches of modern mathematics, along with geometry, algebra, and analysis. As with other branches of math, a person’s ability to be brilliant at arithmetic is a key determinant of that person’s ability to get better at math.

Number Theory is a branch of math that studies the nature of natural numbers and integers. Popularly known as the queen of math, number theory is what someone should aim to be solid at for them to get better at math.

Geometry is one of the oldest forms of math, just like arithmetic. Geometry studies shapes, sizes, positions, angles, and dimensions. Also involved in geometry are the understanding of the properties and relations of points, surfaces, solids, lines, and higher dimensional analogs. Geometry remains a key branch a person needs to focus on in order to be better at math.

Probability and Statistics are two related fields of math. Probability is a branch of math that studies the likelihood of events to occur. What probability tries to measure is the relationship between the number of ways of achieving success over the total number of possible outcomes. Along with probability is statistics which is a branch of math that is involved with the collection, organization, analysis, interpretation, and presentation of quantitative data.

For someone to be better at math through being better at statistics, these common statistical tools and procedures included need to be understood: descriptive, variance, mean (average), skewness, kurtosis, inferential, analysis of variance (ANOVA), logit models, null hypothesis testing, linear regression analysis.

Game Theory is noted to be the mathematical analysis of decision-making. In today’s world, an understanding of game theory cannot be taken for granted. Game theory involves the interactions between different groups that have conflicting interests. Given all the complexities we face on a daily basis an understanding of game theory can be key to being better at math in a very practical sense.

Math Importance and How to Get Better at Math?

The importance of math cannot be understated, as clearly it has a wide-ranging value offering for every one of us whether we are kids or adults. Math has been shown to provide us with critical and logical thinking capabilities and provides the measure that enables problem-solving. Some practical importance of math’s includes the following;

Part of the importance of this subject matter gives more reasons why one needs to get better at math. Getting better at math requires effort and resilience, some of which include rewiring how you think, among the following measures; doing homework and practice constantly, find a study partner or buddy, analyze and study all your mistakes, get as much help as you can by possibly hiring a tutor, try adopting a more positive mindset to math, do not accept that you are not good at math.

Getting better at math is very vital and should not be taken for granted. As mentioned in this article every one of us needs adequate math skills that enables us to solve and get past our daily lives and be more successful in it. Therefore, more effort needs to be given to this very critical course of study by every one of us.